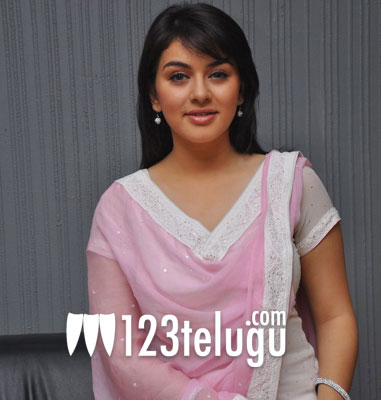 Actress Hansika is on a roll with some back to back hits in Telugu. Ever since she came into the industry with ‘Desamudhuru’, Hansika has been quite popular. She was last seen in ‘Pandavulu Pandavulu Thummedha’.

This bubbly actress is sporting a lean and mean look these days and she is reportedly receiving lots of offers from Bollywood. But Hansika says that her first priority is the Telugu Film Industry. “TFI has given me so much and it will always be my first priority”, she was quoted as saying.

Hansika currently has 5 Telugu and 5 Tamil films in hand. Many actresses jump at a chance to act in Bollywood so it is quite refreshing to see an actress who wants to stick to an Industry that made her a star heroine.