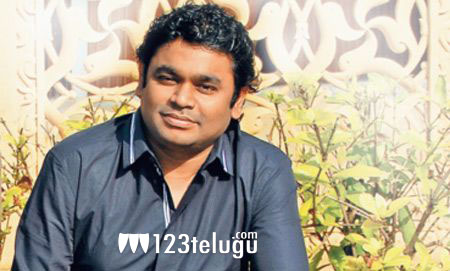 A R Rahman, one of the greatest musicians of all time, is celebrating his 47th birthday today. His rise to fame ever since he mesmerized the audience in Mani Ratnam’s Roja needs no introduction and he has already won two Oscars, Golden Globe Awards and Grammy Awards which have brought him even more international acclaim. Although he has composed music for very few Telugu films, a lot of his Tamil projects have been dubbed into Telugu and he enjoys immense popularity all over India.

Over the past few years, he has been inundated with so much work that he has been working relentlessly to complete all his commitments. His compositions in Mani Ratnam’s upcoming film Kadal are already making waves in Tamil Nadu and 2013 is going to be great a promising year for Rahman’s fans. Although he’s quite reclusive by nature, his fans are ensuring that it’s a day to remember for every music lover on the internet. 123telugu.com team wishes the ‘Mozart of Madras’ a very Happy Birthday.