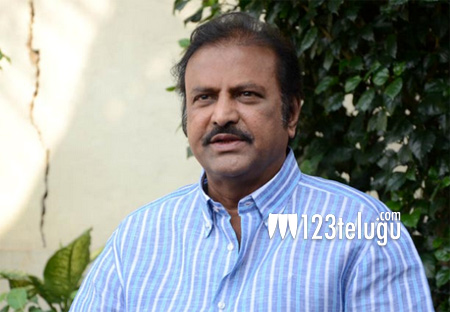 Today is the birthday of one of the most talented and versatile artistes of Telugu cinema, Padmashri Dr Mohan Babu. Born as Manchu Baktavatsalam Naidu on March 19th 1952, Mohan Babu spent much of his early life in TIrupati. After completing his schooling in Yerpedu village and in Tirupati, Mohan Babu shifted to Chennai for his higher education.

A brief stint as a physical education instructor followed but his heart was set for Telugu Cinema. After facing many struggles, he got his first break with ‘Swargam Narakam’, in 1975. Dr. Dasari Narayana Rao changed his name from Baktavatsalam Naidu to Mohan Babu and the name has remained since then.

Dr. Mohan Babu is widely acclaimed as the actor with the best dialogue delivery after Sri N.T. Rama Rao. His command over the Telugu language and his crystal clear pronunciation are well known. Some of his superhit films include ‘Pedarayudu’, ‘Alludugaru’, ‘Assembly Rowdy’, ‘Major Chandrakanth’, ‘Devatha’ etc.