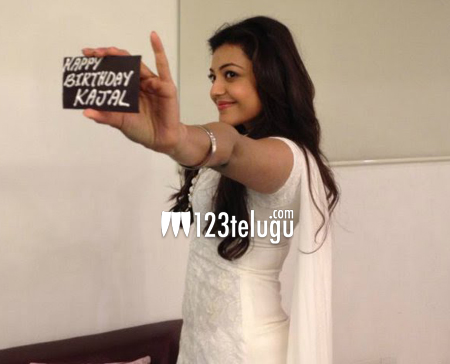 Today is the birthday of hot beauty Kajal Aggarwal. The talented actress was born on 19th June 1985 in Mumbai and she spent much of her early life there.

After graduating from college, Kajal started her career as a model before making her movie debut as Aishwarya Rai’s friend in the 2004 film ‘Kyun! Ho Gaya Na’. She made her Telugu debut in 2007 with the film ‘Lakshmi Kalyanam’. Her big break came with ‘Chandamama’ in 2007 and she attained super stardom with ‘Magadheera’ in 2009.

Since then, Kajal has gone on to establish herself as one of the top heroines in the Telugu Film Industry. With big ticket films opposite all the top young stars of TFI, Kajal has come a long way.

Kajal is known for her pleasant nature and for her commitment to work. She will be seen opposite Charan in the family entertainer Govindudu Andari Vaadele later this year.