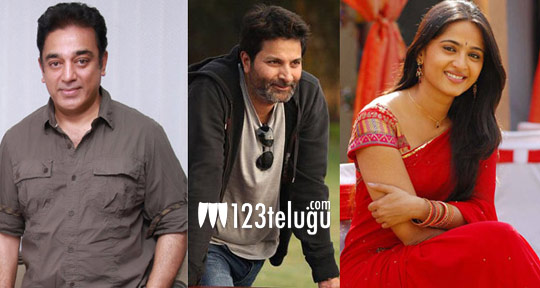 Kamal Haasan is one of the most talented and highly regarded Indian actors. He is respected for his passion and dedication towards cinema. Kamal is a perfectionist and he leaves no stone unturned to bring a realistic air to his characters. His film ‘Vishwaroopam 2’ is all set for a release soon.

Trivikram Srinivas is now the most commercially successful director of TFI. His film ‘Atharintiki Daaredhi’ is TFI’s biggest grosser. Trivikram, as he is fondly known, has a huge number of fans for his sharp writing skills and unique style of humour.

Anushka is enjoying a golden phase in her career right now. She is a part of two prestigious, big budget projects – ‘Baahubali ‘ and ‘Rudhrama Devi’. Despite being around for quite some time, Anushka enjoys a solid fan following.