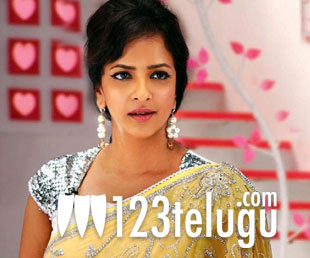 Lakshmi Manchu is not your average star daughter. Despite having the legacy of being Collection King Dr. Mohan Babu’s daughter, she has slowly but surely carved out a unique image for herself. Lakshmi is now a popular actress, Television host and producer. She was born on 8th October 1976 to Dr. Mohan Babu and Smt. Vidya Devi. Lakshmi is married to Andy Srinivasan.

After completing her studies in India, Lakshmi went to the US to study theater from the Oklahoma City University. She appeared in some popular Amercian TV shows like ‘Las Vegas’ and ‘Desperate Housewives’. She later returned to India and made a huge impression on the people of Andhra Pradesh with the very successful TV program ‘Lakshmi Talk Show’. Lakshmi also won herself many admirers with her performance as the evil Irendri in ‘Anaganaga Oka Dheerudu’.

Lakshmi has a couple of interesting projects lined up this year. She will be seen as an actor and producer in ‘Gundello Godaari’ , a film set against the 1986 Godavari floods. She also has Maniratnam’s ‘Kaadhal’ coming up.