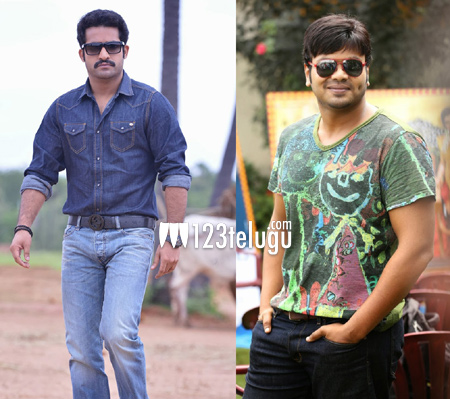 Two very energetic, fearless and talented young heroes are celebrating their birthdays today. Young Tiger NTR and Manchu Manoj. Interestingly, they were both born on the same day and the same year as well – May 20th, 1983.

NTR was born to Nandamuri Harikrishna and Smt. Shalini. The actor did his schooling in Vidyaranya High School and later studied at St. Mary’s. NTR’s natural talent and ease in dancing were observed by his Kuchipudi teachers at a very early age. His grandfather, the Legendary N.T. Rama Rao, observed a spark in him and changed his name to N.T. Rama Rao. NTR’s first film was ‘Bala Ramayanam’, where he impressed as a child actor. He made his proper debut with ‘Ninnu Choodalani’.

Films like ‘Aadi’, ‘Simhadri’,’Yamadonga’, ‘Adurs’, ‘Brindavanam’ and ‘Baadshah’ are a testament to his Box Office pull and popularity. He is all set to be seen in ‘Rabhasa’ this year.

Manchu Manoj as born to Collection King Dr. Mohan Babu and Smt. Nirmala Devi. He made an appearance as a child actor in films like ‘Major Chandrakanth’. Manoj made his proper debut with Donga Dongadi in 2004 and was soon known for his risky stunts and energetic performances. He tasted success with films like ‘Bindaas’ and ‘Potugadu’.