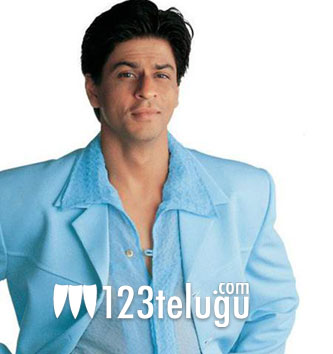 Today is the birthday of SRK, the King Khan of Bollywood. Shah Rukh Khan turns 46 today.Shah Rukh is immensely popular not just with the Indian community but also across the Middle East, S.E.Asia and Russia.

With a career spanning over 70 films and some of the biggest Blockbusters in Bollywood, SRK firmly established himself as the leading Hero of the Hindi Film Industry from the mid 90’s. Shah Rukh’s films have a tremendous Box Office pull in overseas markets and that makes him a darling of Producers. He has won 14 Filmfare awards and was honoured with the Padma Shri in 2005 by the Government of India.

Khan made his Bollywood debut with Deewana in 1992 but it was his performance as an obsessive lover in ‘Darr’ and a cold blooded killer in ‘Baazigar’ which catapulted him into the limelight. After a string of super hits like ‘Karan Arjun’,’Dilwale Dulhaniya Lejayenge’,’ Kuch Kuch Hota Hai’, ‘Pardes’ and ‘Dil To Pagal Hai’, there was no looking back. Shah Rukh is a devoted family man and he is ably supported by his wife Gauri.