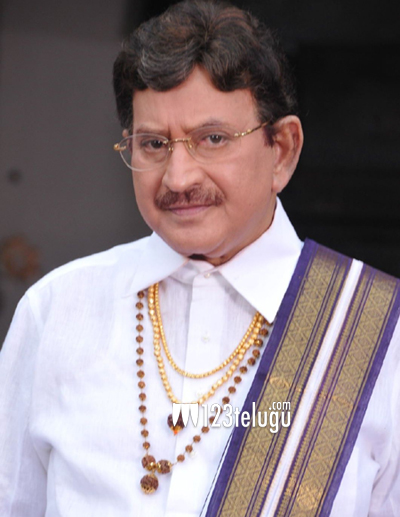 He started off with small roles in the year 1965, and slowly made his way up the ladder to become one of Telugu Film Industry’s biggest stars. Krishna is renowned for introducing many technological ‘firsts’ to Telugu Cinema.

DTS, Color Film, 70mm and Cinemascope are some of the technologies he introduced to our industry. Apart from these, Krishna is also widely credited with introducing the cowboy and secret agent genres to Telugu Cinema with his path breaking films like “Mosagallaki Mosagadu’ and ‘Gudachari 116’.

Krishna has more than 350 films to his credit and he has some of the biggest blockbusters of those days to his credit. Films like ‘Devudu Chesina Manushulu, ‘Alluri Seetha Rama Raju’, ‘Mosagallaki Mosagadu’, ‘Pandanti Kapuram’, ‘Ave Kallu’, ‘Kolleti Kapuram’ etc are famous to this day.

Known for his humble nature and great heart, Super Star Krishna has let an indelible mark on the industry. 123telugu.com wishes Krishna a Very Happy Birthday.