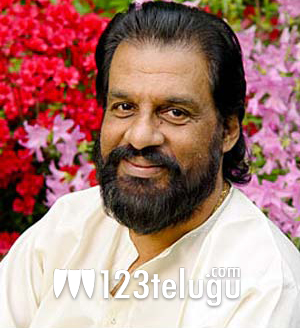 Music legend and classical Indian singer Yesudas turns 72 today. Born on 10th January 1940 in Cochin , With over 50000 songs in Telugu, Tamil and Malayalam, Yesudas has endeared himself to many generations of music lovers.Yesudas is fondly referred to as Gana Gandharva

He was awarded with the Padma Bhushan and the Padma Shri from the Government of India. Yesudas has won numerous other awards and honours including the National Award for Best Singer seven times.

Yesudas is a favourite of Collection King Mohan Babu and wherever possible, atleast one song in a Mohan Babu film is sung byYesudas.Yesudas lent his voice to all the top Heroes of the Telugu Film Industry.