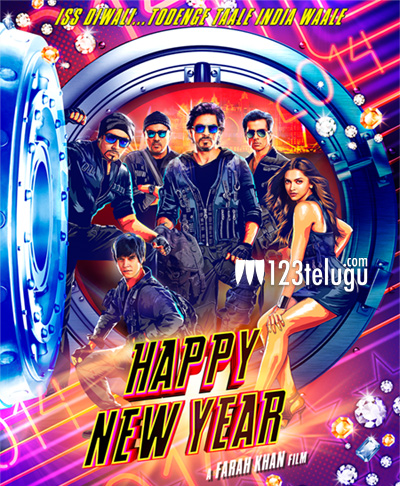 Happy New Year is on a record breaking spree and though it is just 3 days old, there are signs that indicate that this could very well be the highest grosser ever in the history of Indian Cinema. The record is presently held by Aamir Khan’s Dhoom-3 which made a little over 300 crores in its full run.

Happy New Year has already crossed the 100 crore mark on the 3rd day itself and the exact number stands at 108 crores. Out of the 108 crores, the Telugu version collected close to 3 crores which is a decent performance for a Hindi film dubbed in Telugu. Happy new year has dominated the theaters across the state this weekend and this is clearly showing off in the amount of money it has managed to make till now.