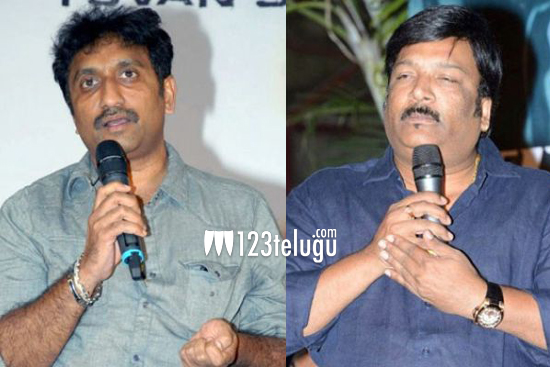 Kona Venkat, the popular writer of Telugu cinema, expressed his happiness over teaming up with his longtime director Sreenu Vaitla. The writer-director duo is finally keeping aside all their differences for Ram Charan’s next. Kona Venkat and Sreenu Vaitla were involved in a public spat over the sharing of writer’s credits during the release of NTR’s ‘Baadshah’.

Kona Venkat even announced that he will never work with Sreenu Vaitla, and went on to give super hits with ‘Loukyam’, ‘Power’and ‘Geethanjali’ for other directors. However, bowing to Ram Charan’s wise words ‘industry is bigger than the individuals’ and that ‘a successful film will put a smile on hundreds of families that are relying on the industry’, Sreenu Vaitla and Kona Venkat decided to bounce back with a memorable success which will wipe out all the differences between them. The film will go to sets in March and the pre-production work has been going on in full swing.