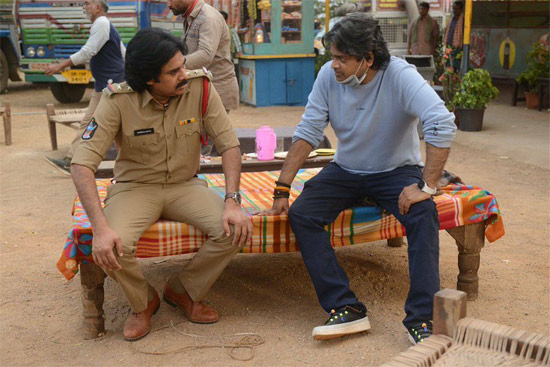 It is a known fact that star director, Harish Shankar will be directing Pawan Kalyan for a film called Bhavadeyudu Bhagath Singh. The film was announced a long time back and will go on floors in summer.

Today, Harish Shankar shared a picture from the sets of Bheemla Nayak and captioned it “Guys remember this pic. Will share this exciting conversation when time permits”.