Harish Shankar to hit back with Subramanyan for Sale
Published on Nov 27, 2014 5:48 pm IST 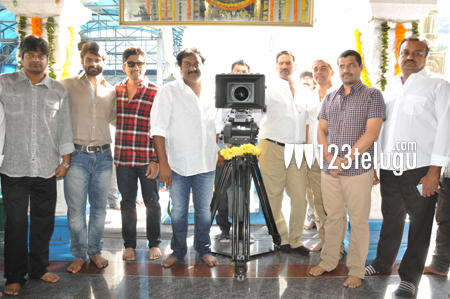 Talented director Harish Shankar, created new records in the industry with Pawan Kalyan’s Gabbar Singh. However, his next film with NTR bombed at the box office badly. After taking a brief gap, he is now back with his latest offering Subramanyam for Sale. Right from the day the film was announced, this project has been getting some positive vibes from the industry.

On the other hand, reports also reveal that Harish has readied a power packed subject and will not disappoint the audience this time around. The new kid on the block, Sai Dharam Tej is the lead star in this film which has Regina as the female lead. Dil Raju produces this flick which was launched today.