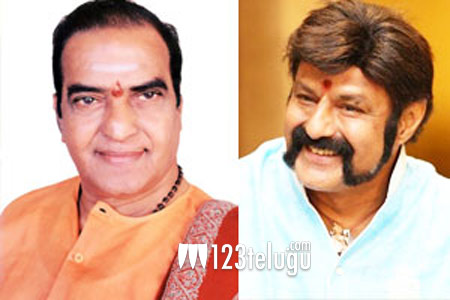 Hero Balakrishna had reprised his father and legendary thespian NT Ramarao in the ambitious 2-part biopic, NTR Kathanayakudu and NTR Mahanubhavudu. Released last year, both the biopics had ended up as colossal failures, even though Balayya’s impressive performance earned him accolades.

Now, according to the latest buzz, Balayya was approached to play NT Ramarao yet again. Apparently, Vishnu Induri, one of the producers of the NTR biopics and Thalaivi, the ongoing biopic on yesteryear heroine and former Tamil Nadu CM Jayalalithaa, had requested Balayya to play NT Ramarao in a crucial cameo in Thalaivi.

However, Balayya is said to have declined the offer politely and this prompted Thalaivi’s makers to omit the scenes featuring NT Ramarao in their movie. It’s well known that both NT Ramarao and Jayalalithaa had acted together in several movies in the past.