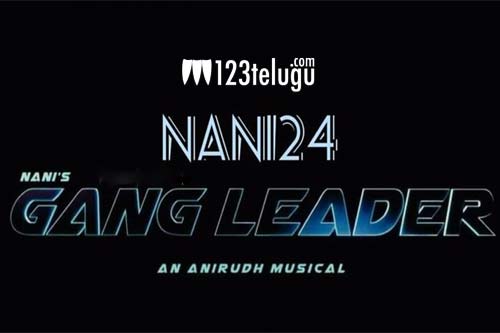 Nani is back in form post the success of Jersey as his performance is being appreciated a lot in the film. Now, he is busy shooting his other new film Gang Leader which is being directed by Vikram Kumar.

Right from the day, this film was launched, it has been in the news for its title. Many fans did not like the manner in which Nani has used Chiru’s title for his film.

Now, there is another tension about the content of the film. Many say that Nani will be heading a group of girls and that is the reason he has been called Gang Leader.

Vikram Kumar is a director who makes class films but will this massy title suit Nani and his set of audience. In places like the US, it will be a bit hard to attract the audience with such a title.

Whatever might be the reason, Nani and his team of Gang Leader have taken a big risk and need to prove many things right to the audience.