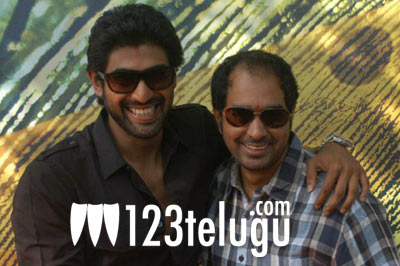 Those were the words that Rana Daggubati had to say about the director of his up coming movie Krishnam Vande Jagadgurum. Speaking to a news daily Rana said” Krishh is very clear and confident about his films. He thinks like a editor and shoots like a director” After a lukewarm response to his last film Naa Istham, Rana plays a theater artist who takes on the corrupt mining mafia. Glamour queen Nayantara is paired opposite Rana for the first time, and Mani Sharma has composed the music. Already the trailers have created a lot of buzz and the movie is likely to release in the second week of November.