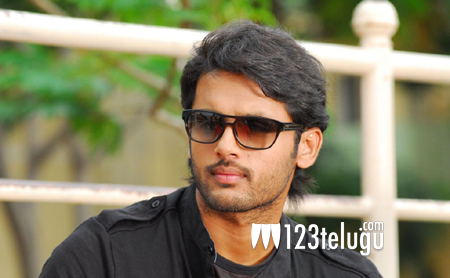 Young hero Nithiin’s ‘Heart Attack’ is in the final stages of completion. The production team returned from Spain very recently, after wrapping up a long schedule. A major portion of the film was shot in the European country and the remaining parts of the film will be shot here in Hyderabad. This new schedule has started today in Hyderabad.

Nithiin and Adah Sharma will be seen as the lead pair in this romantic entertainer. Puri Jagan is the director and producer of this movie while Anoop Rubens is the music director. The film is expected to hit the screens in January.

Nithiin will be seen in a stylish new way in the film. Brahmanandam is playing a crucial role in this movie.