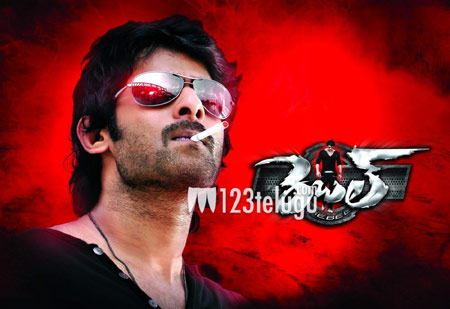 The audio launch of Young Rebel Star Prabhas’s ‘Rebel’ is going to be launched tomorrow and there is currently a heavy demand being noticed for the event passes. Because of the first look, the hype surrounding the project has gone up considerably and this is translating into good business for the producers. We have been hearing from fans and media personnel that the audio function passes are becoming extremely tough to obtain.

The function will take place at Shilpa Kala Vedika tomorrow and it will be a star studded affair. Prabhas will be seen in the company of Tamanna and Deeksha Seth in this movie. Lawrence is the director of the film and he has also composed the film’s music. ‘Rebel’ will hit the screens on September 28th and the film has been jointly produced by J.Bhagawan and J. Pulla Rao.