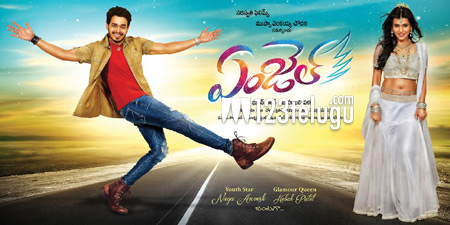 Everyone knows that Hebah Patel is doing a film with child actor turned hero Naga Anvesh. Titled Angel, the latest update reveals that the film is nearing its completion and the makers are planning to release the film in May.

Angel is a romantic entertainer which will have Hebah in a central role. Touted to be a socio-fantasy, this film is directed by Palani. Jil fame Kabir Singh Duhan plays the main villain in this film and his role is said to be quite interesting.

Meanwhile, Hebah is busy shooting of her upcoming film Andhagadu in Europe. She also has film called Mister which is ready for release next week