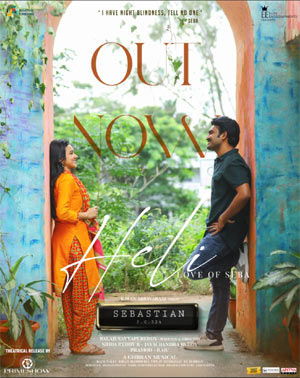 Kiran Abbavaram is now getting ready with his new film ‘Sebastian P.C. 524’. Written and directed by Balaji Sayyapureddy, the film is being produced by B Sidda Reddy, Pramod, and Raju.

Today, a song titled ‘Heli’ was released. The latest song gives the listener a taste of the romantic track between the lead pair.

Heli is the name of Nuveksha’s character in the comedy thriller. Ghibran has composed a beautiful song. Kapil Kapilan has sung it.

Namratha Darekar (aka Nuveksha) and Komali Prasad are the film’s heroines. Elite Entertainment is presenting the movie, while Jovitha Cinemas is producing it.