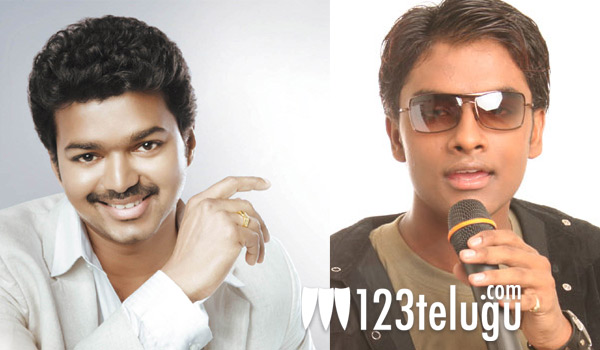 Shankar’s ‘Nanban’ is going to release in Telugu as ‘Snehithudu’ and Dil Raju is the producer of the Telugu version. The movie is all set to release in Andhra Pradesh on the 26th of this month. Currently dubbing and other post production formalities are on.

Noted singer Hemachandra is currently dubbing for Vijay’s character. Hemachandra’s voice was deemed to be suitable after going through the performance of eight other artistes. Jiva and Sri Ram are the other lead actors and Sri Ram is set to start dubbing from today. Some scenes are being edited to make the film suitable for Telugu audience.

Shankar’s movies have done tremendously well in Andhra Pradesh in the past and hopes are high on this project too.