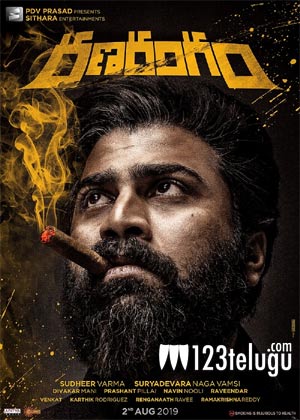 Sudheer Varma is a superb director and everyone’s eyes are on his new film Ranarangam. Ever since the first look posters went viral, there has been a superb buzz for this film.

The latest we hear is that the teaser of the film will be out somewhere mid next week. An official date will be announced soon by the makers.

Sharwa will be seen in two different roles in this film which has Kajal and Kalyani Priyadarshan as female leads.

The film is about the rise of gangster and Shawra will be seen in an aged look for one part of the film.