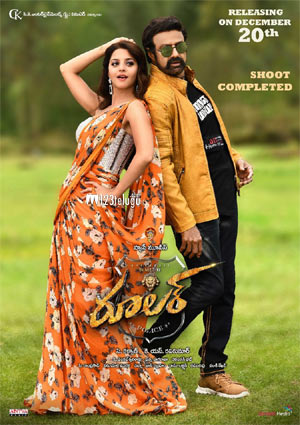 Balakrishna needs to make his film, Ruler a big hit at the box office. The film releases this Friday and has a decent buzz. The pre-release business is being done on a simple note as Balayya’s NTR biopic was a big flop at the box office.

Now, the latest we hear from the trade circles is that the pre-release business of the film has been locked for 25 crores straight all over. The film needs to get a good talk from day one. Also, as there is another release Pratiroju Pandage coming out, the going is tough.

Ruler is directed by KS Ravi Kumar and has Sonal Chauhan and Vedhika in female lead roles. Chirantan Bhatt composes the music and Balayya will be seen in two roles.