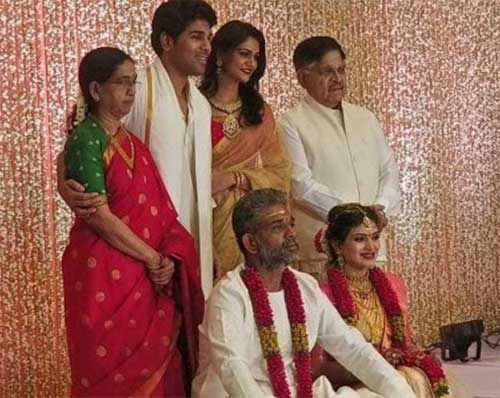 Since yesterday, pictures of the wedding of Allu Arjun’s elder brother Allu Bobby went viral all over. The wedding was held in Hyderabad in a simple manner.

Now, since morning news has been floating around that Allu Arjun wantedly missed the wedding as he was against his brother’s marriage.

But the latest news reveals that Bunny was busy shooting for his new film with Trivikram. As the shoot was planned with several famous character artists, Bunny did not want to disturb the shoot and stayed back with his team hence missing the wedding.

The reports also suggest that Bunny attended the wedding later in the day. All these rumors started when Bunny was no where seen in the wedding pictures.