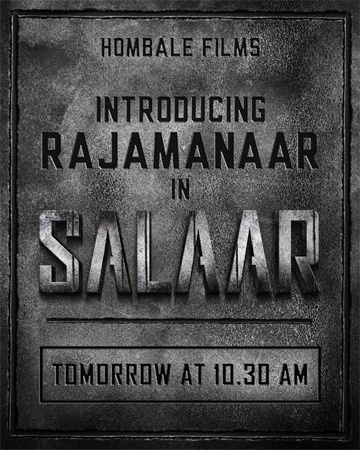 Prabhas and Shruti Haasan-starrer pan-India gangster drama, Salaar, is being highly-anticipated by fans and trade circles across the country. The makers of this Prashanth Neel directorial have just made a massive announcement.

Team Salaar is going to unveil the first look of Rajamannar tomorrow (Aug 23) at 10:30 AM. Even as the makers are tight-lipped about who Rajamannar is, speculations are going on in full swing on social media. Well, fans will have to wait until the suspense unravels in a few hours.