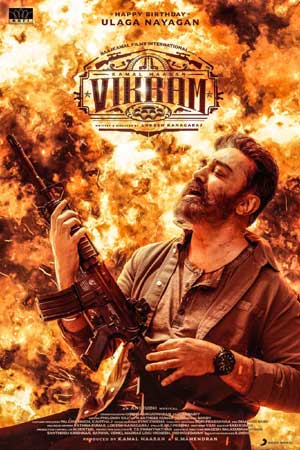 Legendary actor-filmmaker Kamal Haasan’s highly-anticipated multi-starrer crime thriller, Vikram, is back in the news just a couple of days ahead of Kamal’s birthday. Firstly, the film’s audio rights have been acquired by Sony Music for a highest price for any South Indian movie ever. Secondly, the film’s first glance into the world of Vikram will be out this evening at 6 PM on the eve of Kamal’s birthday.

And here’s the big update on Vikram’s release plans. The makers have decided to release the film in April as a summer holiday treat for fans. Until recently, there were speculations that Vikram will be released in two parts. However, the team has decided to stick to a stand-alone film eventually.