Here’s the official title for Kalyanram’s action thriller
Published on Dec 3, 2018 10:50 am IST 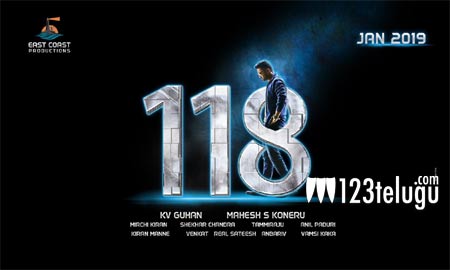 The makers of Nandamuri Kalyanram’s sixteenth film have officially announced the film’s title with an intriguing poster today morning. This intense action thriller has been titled 118. Popular cinematographer KV Guhan is directing the movie.

Kalyanram will be seen in a stylish yet rugged avatar in the film. 118’s shooting formalities were wrapped up last month and even the dubbing work is nearing completion. Talented young actresses Nivetha Thomas and Shalini Pandey are playing the female leads in the film.