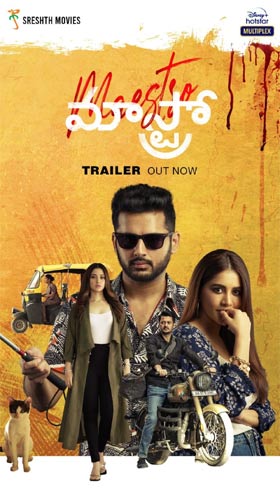 The makers of Nithiin, Tamannaah and Nabha Natesh’s upcoming thriller, Maestro, have just unveiled the film’s trailer. The trailer is slick and well-cut and raises the intrigue factor. The entire film is about a visually challenged pianist (Nithiin) becoming the prime witness to the murder of Tamannaah’s husband, played by senior character artiste Naresh.

Maestro’s trailer has humor, romance, twists and mystery in equal proportions. Bengali star Jisshu Sengupta plays a cop who investigates the murder. The film is gearing up for its direct OTT premiere on Disney+Hotstar this September. Directed by Merlapaka Gandhi, Maestro is produced by Nithiin’s father Sudhakar Reddy and sister Nikitha Reddy in association with Rajkumar Akella.