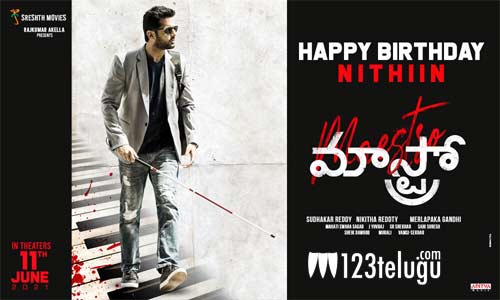 The much-awaited title and first look poster of hero Nithiin’s 30th film has been unveiled just a while ago as a birthday special treat for fans. The film has been titled Maestro and the first look features Nithiin as a visually challenged man, as he walks on with a walking stick.

Maestro is slated for release on June 11. Young music director Mahati Swara Sagar is again composing the soundtrack for a Nithiin-starrer after Bheeshma.