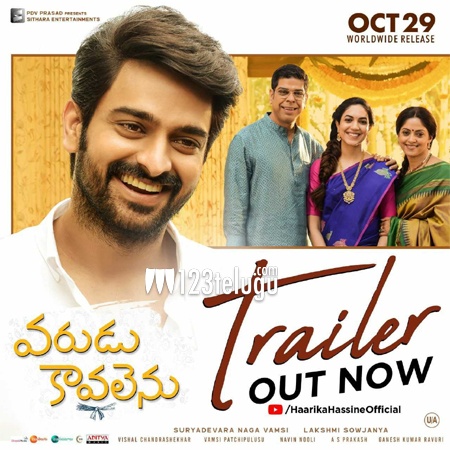 Hero Rana Daggubati has just launched the theatrical trailer for Naga Shaurya and Ritu Varma’s upcoming romantic entertainer, Varudu Kavalenu. The trailer is both fun and emotional at the same time and promises an engaging outing in cinemas on October 29th.

Varudu Kavalenu’s trailer showcases the breezy and dramatic moments that take place in the lead couple’s lives. Both Ritu and Shaurya hail from affluent families and, as the title suggests, the entire film is about their wedding.

Ritu Varma doesn’t like the concept of arranged marriage, while Shaurya is fed up of his corporate life and longs for the real connection with the lady of his life. What follows in the run-up to their wedding form the main crux of the story.