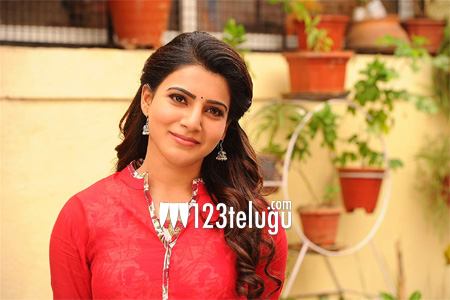 It looks like Portugal is going to see a mini-reunion of the Akkineni family, thanks to Manamdhudu 2’s ongoing shoot. Directed by Rahul Ravindran, the film has Nagarjuna and Rakul Preet playing the lead roles, and it’s being produced under Annapurna Studios banner.

Recently, Amala Akkineni flew to Portugal to spend time with Nagarjuna, and she has been bonding quite a lot with the rest of the cast and crew. Now, Samantha too is on her way to Portugal. We had earlier reported that Samantha will be playing a cameo in the film; however, there’s still no clarity over what role she’s going to play in the film.

Earlier this month, Samantha scored a blockbuster with Majili, and she’ll soon join the sets of ’96. The actress is expected to come back to Hyderabad shortly, and in the next few weeks, she’ll also kickoff promotions of her next film, Oh Baby.