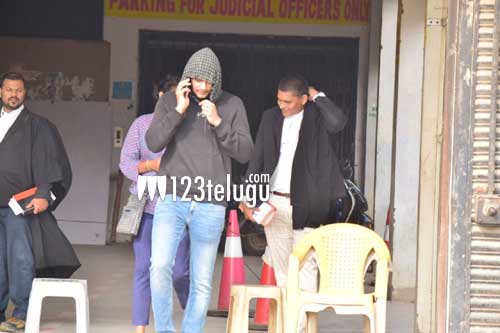 Hero Prince was caught in a drunk and drive case on the 24th of this November. He was caught at the Bachupally area in Hyderabad.

Today, Prince appeared before the court and paid his fine which was levied by the Kukatpally judge. Prince became famous post the success of his stint at Bigg Boss show.

He is acting in a few movies as of now and will be next seen in a film directed by Sushanth Reddy.