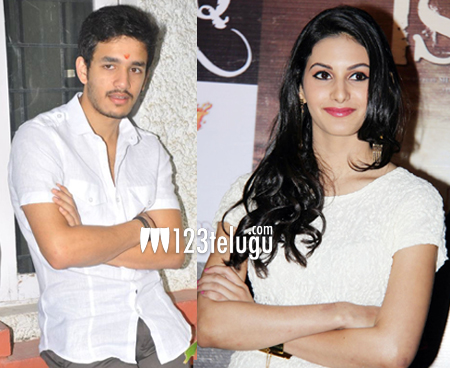 Akkineni Akhil’s debut film was officially launched after the completion of small pooja on 17th December, 2014. The filmmakers are in hunt for an actress and seem to have finally selected a Bollywood actress.According to the reports, Mumbai model Amyra Dastur has been selected as the heroine in Akhil’s debut film. This actress is currently busy shooting for a Hindi movie and a Tamil movie with actor Dhanush. However, the official announcement is yet to be received from the filmmakers.

This movie will be a power packed action entertainer. This script for this untitled film has been written by Veligonda Srinivas and it is being helmed by V. V. Vinayak. The movie is being produced by actor Nithiin and his father Sudhakar Reddy jointly on Sreshta Movies banner. The music is being scored by S. S Thaman.