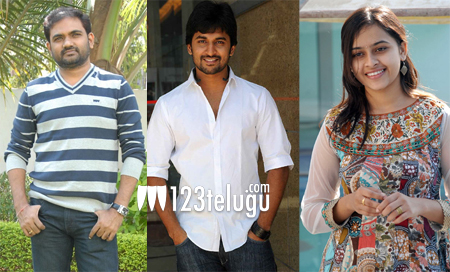 Ever since Maruthi made his debut as a director with ‘Ee Rojullo’, he has become one of the most talked about directors in Tollywood. 123telugu had recently reported that Maruthi will soon be directing young actor Nani in his next film.

According to the latest update, Sri Divya of Manasara fame is being considered as the female lead for this film. Sri Divya is currently a hot property in Kollyood and has some interesting films lined up.

Pre-production of this film is currently on and this project will be made in a complete new genre. Keep watching this space for more details on this project.