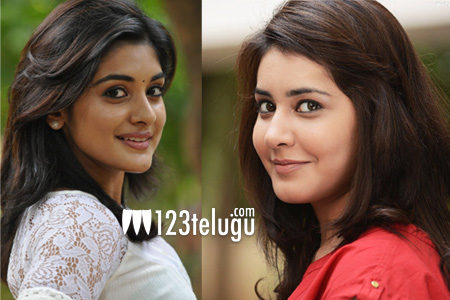 After a lot of speculations, the makers of NTR’s soon to be launched 27th movie, tentatively titled Jai Lava Kusa, seem to have finalized the leading ladies who will be seen romancing the Young Tiger.

While young beauty Raashi Khanna has been finalized already, Gentleman’s actress Nivetha Thomas is said to be in the final stages of discussions to grab the other heroine’s berth.

NTR will be seen in triple roles for the first time in his career and this is undoubtedly the biggest USP of the movie. Bobby is the film’s director and Kalyanram is the producer. The movie will be launched on February 10th and the regular shooting will kick-start from February 15th.