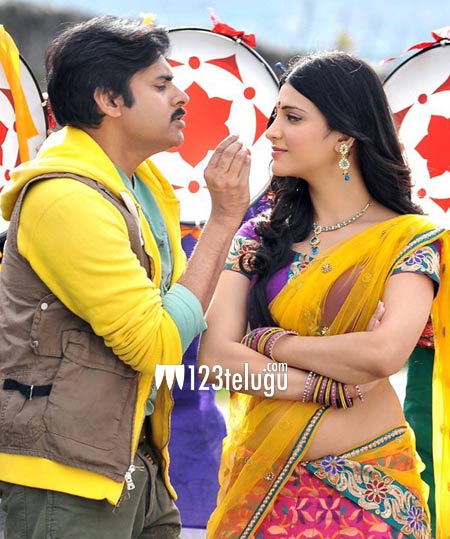 Its official, the gorgeous Shruti Haasan has been finalized as the female lead for Power Star Pawan Kalyan’s upcoming movie produced by Sharrath Marar under Northstar Entertainment Banner.

Shruti Haasan who was paired with Pawan Kalyan in Gabbar Singh has impressed the audience with her performance. She has been finalized as the lead actress in Pawan Kalyan – S.J Surya’s upcoming film.

Shruti Haasan is naturally excited to pair up with Power star Pawan Kalyan once again. The pre production work is in progress. Story and Dialogues are by Akula Shiva, Anup rubens scores the Music, while Soundar Rajan is the Director of Photography. The film will commence its regular shoot next month.