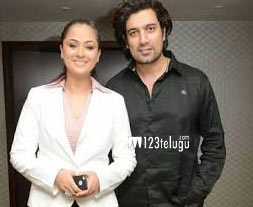 Popular heroine of late 90s and early 2000s Simran’s husband Deepak Bagga is all set to turn actor with a Tamil film soon. The former commander for Kingfisher Airlines will be seen as the chief antagonist in Odu Raja Odu.

Apparently, Deepak’s rough and intense looks have done the trick for his acting debut. Odu Raja Odu is a dark comedy and the movie will hit the screens. Directors duo Jithin Shankar Raja and Nishanth Ravindran helmed this dark comedy.

Simran and Deepak tied the knot in 2003 and the couple has two kids. The star couple is also planning to produce movies on their home banner.