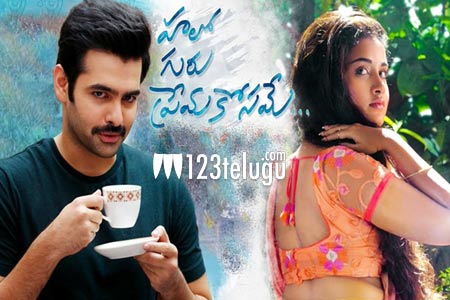 Released on the eve of the auspicious Dasara festival, Ram and Anupama Parameswaran’s romantic family entertainer, Hello Guru Prema Kosame, has had a pretty good extended long weekend. Directed by Nakkina Trinadha Rao, HGPK opened to a decent response from moviegoers and critics alike and it helped in the film’s box-office collections.

HGPK, a Dil Raju production, has collected a solid Rs 13.95 crore share across Andhra Pradesh and Telangana within 4 days, which is the best ever first weekend in Ram’s career. The film is going steady despite a major competition from NTR’s Aravindha Sametha.