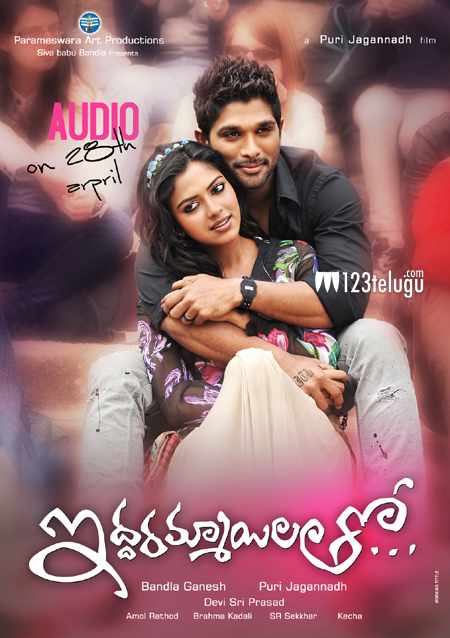 Stylish Star Allu Arjun’s ‘Iddarammayilatho’ is gearing up for its audio launch tomorrow. The film’s audio album has been composed by Devi Sri Prasad and the expectations on his work are pretty high. Devi Sri has been churning out very successful albums over the past couple of years and the first audio teaser of ‘Iddarammayilatho’ seems very promising. Allu Arjun and Devi Sri also share a very good rapport.

The film has been directed by Puri Jagan and Bandla Ganesh is the producer. Catherine Tresa and Amala Paul are the heroines in this movie. Amol Rathod is the cinematographer and S.R.Sekkhar is the editor.

‘Iddarammayilatho’ is being readied for a release on May 24th.