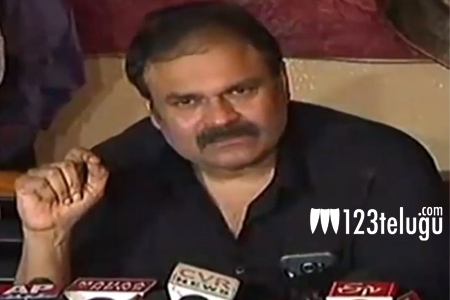 So much is going on in the Telugu film industry as a lot of controversies are taking the light one after the other. Artists like Sri Reddy have gone on air and spoken at length about the casting couch culture in Tollywood and also that Telugu actors are being ignored in the industry.

To answer all these questions, actor Naga Babu and Srikanth represented the MAA association and spoke at length about these issues. Here is the transcript.

Naga Babu clearly mentioned that MAA association is only there for the welfare of the actors. They cannot guarantee roles for all the actors in the association as the actors themselves should sketch their acting career in their own way. If there is a problem, MAA is always there to help them.

An actor can work anywhere in the country

Speaking about giving more chances to Telugu artists, Naga Babu said that it is only the producer who decides the artists and as he is spending crores of money, it is his choice whom to cast in his film. MAA cannot do anything about it and an artist is free to work anywhere in the country. All MAA can do is to request the filmmakers to give more chances to Telugu people.

Casting Couch is all over the world

Naga Babu also said that casting couch is present in every sector of the country and all the heroines who come to the industry should be careful while approaching production houses for roles. He suggested them that all the girls should not believe in the intermediates and if they face any problems, they should directly approach the MAA association and cops.

Media should be responsible

The noted actor clearly warned the media to report issues in a proper manner and not to showcase the industry in a bad manner just for the sake of TRP’s. He also added that they should clearly know the background of the people before they highlight their issues and bring them in front of the TV screens to debates.

One of the main topics was about Sri Reddy’s recent abuse on Pawan Kalyan. Naga Babu in an aggressive manner questioned the media saying that what mistake did Pawan Kalyan commit when he suggested Sri Reddy should report all her problems to the cops. Naga Babu said that all the fans and their family members are very hurt and angry on the manner in which Sri Reddy spoke but have kept quiet as Pawan asked them to ignore such people and concentrate on the big issue that is there in the open.