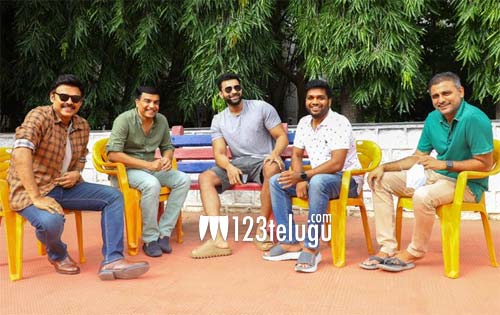 A few days back, we had revealed that F3 went on floors once again post the Covid scare. The film’s shoot is now going on in full swing and today, some hilarious scenes on Varun and Venkatesh were canned by Anil Ravipudi.

The film is not a sequel to F2 but will have the same cast with a different storyline. Dil Raju is the man behind this film and he too was present on the sets today.

Anil Ravipudi directs this film that also has Mehreen and Tamannah in lead roles. DSP scores the music for this film which will be out next Sankranthi 2022.