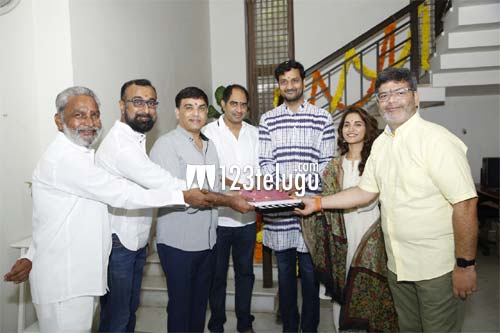 It’s been earlier reported that leading producer Dil Raju has joined hands with passionate director Krish to produce a low budget romantic comedy entertainer. The film had its formal muhurtham ceremony this morning.

At the muhurtham, the makers revealed that the film has been titled Nootokka Jillala Andagadu. Actor-filmmaker Srinivas Avasarala and Chi La Sow actress Ruhani Sharma have been roped in to play the main leads in the movie. Debutant Sagar will be directing the film More details about the film’s cast and crew are awaited.