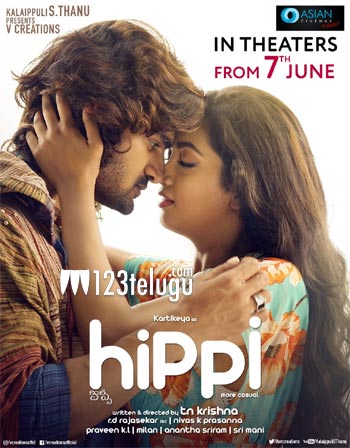 RX100 fame Karthikeya is doing a film called Hippi which is an urban romantic entertainer. The film is in its post-production and now the latest we hear is that it will release on the 7th of June.

Incidentally, Karthikeya’s hit film, RX100 also came out on the same day. Hippi is directed by T M Krishna. Digangana Suryavanshi and Jazba Singh are the leading ladies in the film.

Vennela Kishore plays a key role in this film which was shot mostly in Ongole. Watch out this space for more updates on this project.