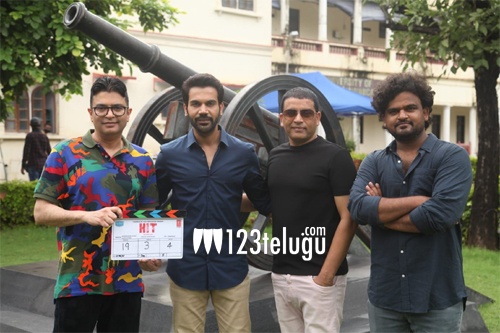 The Hindi remake of Nani’s 2020 super hit thriller as a producer, HIT – The First Case, has been launched this morning with a formal muhurat ceremony. The film’s hero Rajkummar Rao, director Dr. Sailesh Kolanu and producers Dil Raju and Bhushan Kumar were present at the launch ceremony.

HIT also stars Dangal girl Sanya Malhotra in a lead role. The film’s pre-production formalities have been wrapped up and the regular shoot will commence soon in Mumbai. Krishan Kumar and Kuldeep Rathore are co-producing the movie. The film’s digital streaming rights have been acquired by Netflix. Stay tuned for further details.