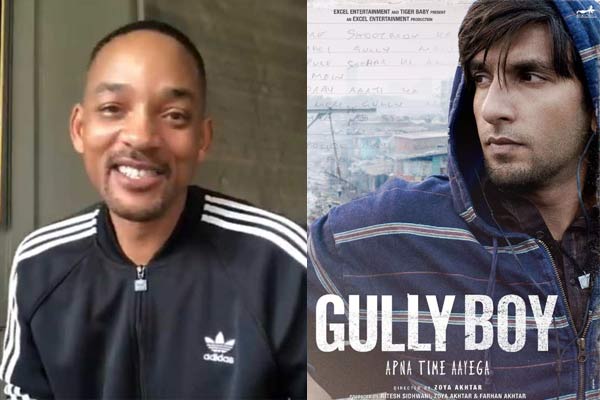 Hindi film, Gully Boy is creating ripples all over as the film has been getting rave reviews from all over. The news now is that the film has made 19 crores from the first day of its release.

The icing on the cake is that none other than Hollywood star, Will Smith appreciated the film and especially Ranveer Singh’s performance. In a special video made, Smith talked about how the film impressed him.

Gully Boy is directed by Zoya Akhtar and has Alia Bhatt as the female lead.