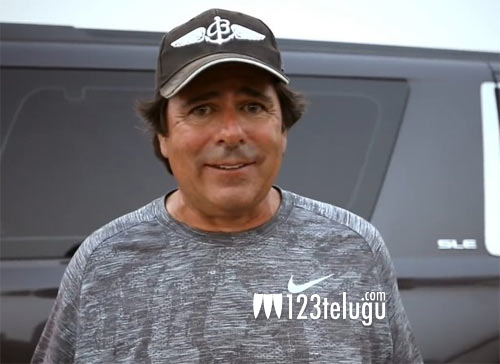 It’s well known that Hollywood stunt co-ordinator Kenny Bates has composed some of the breathtaking action sequences in Prabhas’ much-awaited action thriller, Saaho. Especially, Kenny’s in the Abu Dhabi chase sequence will be something to watch out for.

In a latest interview, Kenny said that he feels that the action sequences he has composed in Saaho are his career’s best work. Kenny is also full praise for Prabhas for his commitment to preform all the stunts by himself.

The Transformers and Mission Impossible series, The Italian Job and Rush Hour 3 are some of the top Hollywood flicks Kenny had worked on.