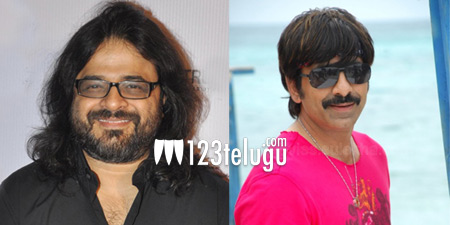 Finally, Ravi Teja is all set to kick-start his next movie. After nearly a couple of years’ gap ever since Bengal Tiger’s release, Ravi Teja’s next film with Race Gurram writer Vikram Siri is going to be launched very soon.

This movie will have its music scored by hotshot Bollywood composer Pritam. Some of Pritam’s hits include the latest blockbuster Dangal, Ae Dil Hai Mushkil, Barfi and Dhoom series to name a few.