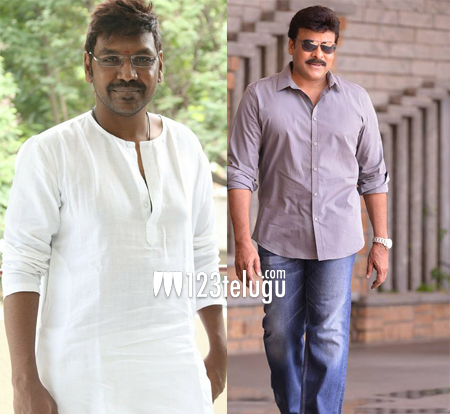 If the ongoing reports are to be believed, popular choreographer turned director, Raghava Lawrence, will be composing steps for Megastar Chiranjeevi’s song in his comeback 150th film, Bruce Lee. It is well known that Lawrence composed the famous Veena step from Daayi Daayi Daamma song in Indra, which is still cherished by fans.

Lawrence also brought the best out of Chiru with several hit numbers in films like Hitler, Andarivadu and Tagore to name a few. It reliably learnt that Chiru has been showing a keen interest in tasking Lawrence with the job of composing this most eagerly awaited song in his comeback stint.

There have been several reports regarding the actress who will be seen matching her steps with Chiru in this song. However, no actress has been finalized as yet.