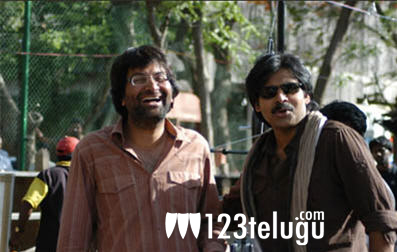 Power Star Pawan Kalyan and director Trivikram are teaming up for a new project and this news has been out for a while now. Some probable titles have also been doing the rounds but we are now being told that ‘Hare Rama Hare Krishna’ is the title under serious consideration.

The movie will go onto floors from December and Samantha will be seen opposite Pawan Kalyan in this movie. The film will be a family entertainer with a good dose of comedy. Devi Sri is going to score the music and BVSN Prasad is the producer.

Trivikram is aiming for a summer 2013 release with this movie. Both Trivikram and Pawan Kalyan are in good form with big successes in 2012.